Here we are again—the Holidays and another year coming to a close. Where does the time go… 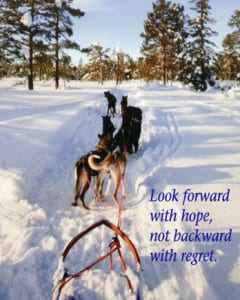 In truth, I like the Holidays mostly because I have a 9 year old daughter and she makes it fun. Beyond that, I much prefer the changing of the year and all the retrospection, introspection and inspection it encourages. Next week I will begin focusing on 2015 and all that it has in store. The coolest part of a New Year is just that—a new year in which you learn from your accomplishments and mistakes and make it just that much better. When growing up in the Bronx, we would consider it a ‘do-over’, which is a street term for golf’s mulligan; the opportunity to do something over, ignoring that it ever happened, in the hope of a better result. How can you not love that!

But during this Holiday week I tend to look back at the year we are closing out and, in the spirit of the season, tend to think about what I am most thankful for. Since this is our company blog, I will confine my thoughts to those that relate to our business.

1. This will be a record year in revenue for Abel Womack- surpassing our previous record of $85.3M way back in 2006. Thanks to the great recession and despite our year over year theme of “Getting Back to Even… and Beyond”, it has taken this many years to reach the higher ground. For that I am thankful, as now $100M is locked onto our radar screen—hopefully in 2016.

2. Despite a business culture that has grown more transactional and, maybe like culture in general, more ruthless, I am so thankful for all the great customers we have; those that care about us almost as much as we care about them. It’s very hard to succeed in the cold, grey tundra of business without those customers… the ones who have decided they WANT to do business with us and therefore do. They are what drives our long term success and goes a long way to fueling our enthusiasm and maintaining our sanity.

3. In my 40 years here at Abel Womack, I have learned that culture and people are the key determinants to success. We spend a lot of time trying to ensure that we remain a company of values and team members such that we truly are who we aspire to be. It’s a daunting challenge but so rewarding when you believe you’re getting it right. We have wonderful people who make us special because we constantly aspire to do the right things and do them as best we can. For that, I am thankful.

4. Slowly but steadily, the economy continues to improve. I’m not an economist, but it seems to me that the pieces are in place for a long, sustained business expansion- at least outside of a black swan event. The great recession sufficiently scared us such that most excesses and over leveraging has been wrung out and businesses are poised to accommodate increased demand. As each year goes by and things get a little better, as the post-recession paranoia gets replaced with optimism, it usually leads to increased demand. That then causes better results and so on, hopefully resulting in a long term upward spiral.

5. I am thankful that we live in a country when numbers 1-4 are the determinants of our success and well-being rather than the calamity so many others face just trying to keep themselves and their families safe. Notwithstanding that our political leadership could be so much better, we live in a great country, one that fosters economic opportunity, day to day safety and compassion for one another. It is the framework by which everything else works.

I recently attended a virtual networking event for the Bio Tech industry. When asked by the group … END_OF_DOCUMENT_TOKEN_TO_BE_REPLACED