You are here: Home / News / Warehouse News / What’s the future of the auto industry? Hydrogen cars appear to give way to electric 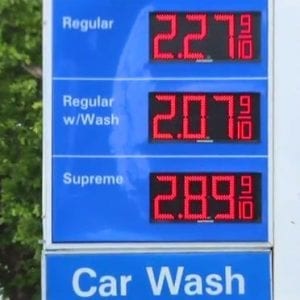 The Motley Fool Just a few years ago, there was a debate about which fueling technology would win long term: all-electric vehicles or hydrogen-powered vehicles. That debate appears to be over . The final holdouts were Japanese automakers Toyota, Hyundai, and Honda, who make three fuel-cell vehicles that they thought would eventually upend all-electric vehicles. But they’ve gained very little traction, and now they all seem to be giving in to the reality that electric vehicles (EVs) have won. 2020: Will it be the year of the electric vehicle? Nike stopped direct sales on Amazon: Here’s why it’s a good move Giving up on a dream No one investing in fuel cells has officially given up on the technology because there are applications for it even if it’s not for passenger vehicles. But there are plenty of signs that automakers are moving on to more fully electric options. Toyota’s push will start with hybrids, where it pioneered partially electric driving with the Prius. It recently announced a Highlander Hybrid that could get a combined 34 miles per gallon to add to Prius, Rav4 Hybrid, Camry Hybrid, and others. Toyota isn’t going all electric yet, but it’s getting close with a growing hybrid lineup. Honda has announced an all-electric platform that is aimed at urban drivers. It’s expected to launch in 2020 with modest production goals of about 5,000 units the first year. That’s small for Honda but a step toward EVs that may make the Clarity fuel cell obsolete. Hyundai may have made the biggest leap from fuel cells to EVs with the 124-mile-range Ioniq Electric and the 258-mile-range Kona Electric. The company could be a major player in EVs over the long term, with a long range and compelling price points starting below $40,000. EVs have reached scale […]