You are here: Home / News / Warehouse News / UPS is Betting on the Arrival of a New EV 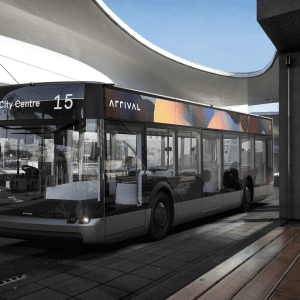 The EV market has a lot of players in it. In addition to the traditional manufacturers dipping their toes in the water, tech-focused firms like Nikola , Tesla and Lordstown are each finding ways to differentiate their offerings and capture valuable market share. Of course, the market continues to grow as UK-based Arrival is emerging from its stealth mode. But, what really makes Arrival different? Simply put, the company’s leadership team is adamant about reimagining the entire electric vehicle production process — building from a blank slate rather than trying to force EV into traditional designs. Arrival’s fresh take is evident in its micro-factory strategy. “Automotive manufacturing tends to work with long lead times, often building massive facilities designed to build one vehicle. That approach isn’t very adaptive,” says Tracey Yi, Chief of Procurement and CEO of Arrival Elements. Arrival’s micro-factories are significantly smaller in footprint (at approximately 10,000 square meters) resulting in a much more abbreviated build time often around 6 months. The goal is to quickly build micro facilities near big cities and key customers, giving Arrival a level of agility that bucks the traditional approach to automaking."Arrival is also vertically integrated . "Often out of necessity, automotive companies use branded core components. They often work on co-developed products, which they don’t really own the IP on even if they may negotiate to put their brand on the device. This approach really paints the automaker into a corner with negotiated prices for the life of the product," she says. Instead, Arrival has focused on bringing some of the "coolest engineers" into the fold. More than half of the company’s 1100+ employees are software engineers. "Together with the hardware engineers, they have designed a lot of our core components — including our own chassis, powertrain, body and electronic […]