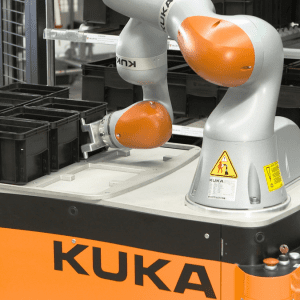 The robotics market is set to transform over the next 10 years. That’s according to ABI Research, which notes that while there will be enormous growth across all subsectors, highlighted in a total market valuation of US$277 billion by 2030, that growth will not be distributed evenly. By 2022, the burgeoning mobile robotics space will start to overtake the traditional industrial robotics market. Currently, mobile autonomy is concentrated in material handling within the supply chain, but ABI Research’s new market report, “Commercial and Industrial Robots," indicates that mobile robots are set to touch every sector of the global economy for a wide range of use cases. “Everyone talks about self-driving passenger vehicles, but mobile automation is far more developed in intralogistics for fulfillment and industry,” says Rian Whitton, Senior Analyst at ABI Research. “The automation of material handling will see huge segments of the global forklift, tow truck, and indoor vehicle market consumed by robotics vendors and Original Equipment Manufacturers [OEMs] that bring indoor autonomy.” Says ABI Research, Amazon Robotics is the leader that has driven growth in mobile robotics for the last seven years since their acquisition of Kiva Systems. With an estimated 256,000 Automated Guided Vehicles (AGVs) deployed to date, Amazon holds close to 50% of material handling robot market share and is broadening its portfolio of robot subtypes with autonomous mobile robots for transport and delivery. According to the report, other major AGV developers like Quicktron, JD.com, Geek, and Grey Orange are deploying thousands of robots yearly, while Automated Mobile Robot (AMR) developers are just beginning to scale up. Brain Corp. has deployed 5,000 systems primarily in retail, and BlueBotics has deployed some 2,000 robots for intralogistics in and around the supply chain. Meanwhile MiR, an AMR company acquired by Teradyne in 2018, is beginning to […]