You are here: Home / News / Warehouse News / Labor management in an automated world 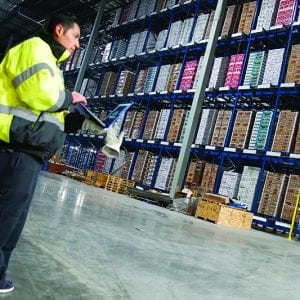 Automation in the News Report: Autonomous delivery robots market for warehouse management to top $27 billion by 2025 MHS introduces online parts ordering Labor management in an automated world Barcoding, Inc. to host first-annual “#SupplyChainGeekDay” Palletizing for the digital age More Automation News One 3PL’s Journey to Growth and Efficiency with Mobile Barcode Scanning Thursday, June 18, 2020 | 2 PM ET All Resources Making the move from a mostly manual operation to one dominated by automation can be daunting. And when people who have been through it smile at that comment, others who have not often think it’s all about the equipment. It’s not. Just ask the people at Norway’s largest grocery cooperative Coop. Automation success “requires a management, organization and cultural revolution,” says Ove Bjorgum , director of logistics operations at Coop , one of the most automated and complex grocery distribution centers in the world. Prior to building a highly automated DC in Jessheim, Norway, Coop relied primarily on labor-intensive conventional handling and processes (Modern Materials Handling, December 2019). Unfortunately, not every company shares Coop’s insight. Too many don’t understand early enough just how much change automation brings to a facility’s processes. And, they don’t understand the impact that this change has on people, how they work and interact. “A lot of people just don’t appreciate the magnitude of the change,” says Terry Krantz , Swisslog’ s vice president of sales and design, consumer goods in North America. “It’s one thing to install new equipment but something else again to instill new behaviors and culture,” he adds. “Being successful with automation requires just as much investment in those new behaviors and culture as in the equipment, systems and software.” What automation changes Krantz’ comment actually sounds like an understatement when you think of what exactly changes […]