You are here: Home / News / Warehouse News / Factories of the Future: How 5G Will Increase Production and Cut Costs 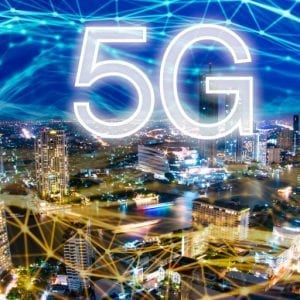 Alan Mindlin 5G technology has arrived. While promises of a more connected world and smart infrastructure are a few years off, carriers are beginning to take the first steps to implement this game-changing wireless system, with speeds almost 100 times faster than 4G. In early April, Verizon launched a 5G service in parts of Chicago and Minneapolis, establishing itself as a domestic leader in the new wave of networks. In parallel, equipment providers like Nokia are expanding their offers to include enterprise 5G LAN systems, providing a private solution that augments this technology’s public rollout. As widespread adoption approaches, the public and private sector alike are searching for ways to gain competitive advantages through 5G technology. Its capabilities have led to an international fight over which country will lead the way. By some estimates, the “winner” could land $500 billion in GDP and up to 3 million new jobs – a sum that justifies the worldwide scramble. Manufacturers early to embrace the new technology will position themselves as technological titans in their field, riding the industrial innovation wave to new heights by implementing disruptive IIoT technologies. 5G technology is already here – now manufacturers must strategize and use it effectively. Full Speed Ahead With speeds expected to ascend to an average of one gigabit per second, 5G paves the way for near-instant data transfers and lighting-fast access to information. While swift downloads pique the interest of consumers, upgraded networks are also posed to dramatically impact industrial operations. On the factory floor, higher speed and lower latency will enable continuous monitoring of equipment’s health and performance. Tracking and quickly responding to data gives factories unprecedented manufacturing agility without forcing them to relinquish high productivity levels. Real-time insights allow manufacturers to proactively gauge machine wear and tear rather than waiting for […]