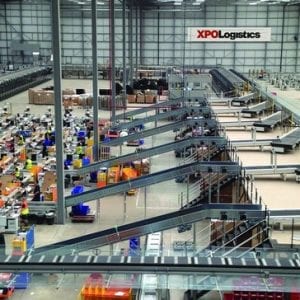 Brick-and-mortar retailers all over the country are trying to reinvent themselves in order to compete with their online counterparts, offering shoppers the experience they hope will win out over the convenience of having purchases dropped at their doors. Whole Foods, for example, is carving out space for customers to gather and socialize, while developer Triple 5 is trying to lure shoppers with theme park-scale amusements and attractions throughout its new property in New Jersey and its one in the planning stage near Miami . But while developers are experimenting with new models to boost stores’ business, the shift to online shopping also is driving big opportunities for contractors. Goods purchased online must be stored in warehouses, and an increasing demand in warehouse space means new structures must be built. In fact, U.S. warehouse construction, according to a new report from real estate company and research firm CBRE, hasn’t been able to keep up with demand during the last four years. There are 255 million square feet of warehouse space under construction, and, although 70% of that space is speculative — being built without a tenant under contract — available space has come up about 170 million square feet short every year since 2015. This, CBRE reported, means that developers hoping to attract e-commerce, food and beverage wholesalers and third-party logistics companies aren’t worried about overbuilding anytime soon. Also likely impacting the high-square-footage count is the trend toward larger warehouses. The number of warehouse projects of 1 million square feet or more increased from 23 to 48 from 2007 through 2018, according to Dodge Data & Analytics . Ten markets dominated new warehouse construction in the first quarter of 2019, accounting for almost 109 million square feet, according to CBRE. Inland Empire California (23.4 million square feet) Atlanta (16 million) […]