You are here: Home / Blog / Why the IT Department Also Needs a Pre-Nup

It was spring, a time when a young IT Manager’s fancy turns to thoughts of telecommunications. Sure, my current vendors were nice enough, but it was time to stop playing the field and settle down.

If I hadn’t decided to settle down with any of my current vendors, then I knew that I’d have to look for a new and exciting partner. I flirted with many vendors until I found that one special vendor. A vendor I could grow with, that would stand by me and support me through the good times and bad. A partner to complete me, or at least my telecom goals.

Life was good, I basked in the reflected glory of how fast and reliable our communications were. But after a few years, my partner began to change. 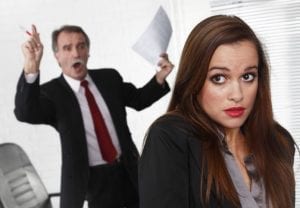 At first it was just small changes, like their name. Then my account manager disappeared with nothing more than a hastily written email as explanation. Where once I could talk directly to support people, now I had to open a ticket and be put in a queue. But it was okay, because I was still working with people who knew and cared for my network almost as much as I did.

Where is the Support?
Reliability slowly decreased. A short outage here, a short outage there, but not enough to evoke an extreme reaction. Then one day we experienced an outage that was taking longer than usual to repair. I tried the escalation contacts I was given when we went live. Not one of them was still valid. Finally, we got a call from the billing department (???). We were informed that the system automatically shuts down any account with a six-month or older outstanding invoice. How much did we owe? $23 left over during the conversion from one billing system to another.

Relationships Do Matter
I realized I had to leave this one-sided relationship. A clean break would be best, but I knew I couldn’t just leave. I had to have everything prepared ahead of time.

I started meeting new vendors in secret. If they shut me down for $23, what would they do if they found out I was seeing other vendors behind their back? Once I found a vendor, we made plans in secret. We created a new telecom life, new lines, new connections. All in preparation for the day that I would be free from my strained relationship.

Like any breakup, it was messy. Accusations and recriminations were tossed back and forth. Lawyers

and lawsuits were threatened. But in the end, it was the right decision. My original vendor has gone through a series of mergers and acquisitions, each less successful than the last. While I have a new vendor eager to grow with us and support our new endeavors.

Let’s Get Personal
If your current material handling provider has you considering a new partner, whatever the reason, maybe it’s time to take a chance. At Abel Womack, working hard at understanding your needs, building and maintaining successful, long-term relationships with our customers – 95 years to be exact – is what we do best. Now that’s commitment. So, if it’s not too forward, here’s our number, 800.554.2887.

Tony D'Arezzo is the Information Technology Manager at Abel Womack.

The Straight and Narrow In our previous blog post on VNA Rack Systems, or Very Narrow Aisle … END_OF_DOCUMENT_TOKEN_TO_BE_REPLACED