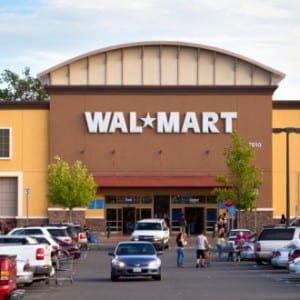 With Walmart on the top-5 client list of thousands of U.S. manufacturers, it’s not surprising that many providers are feeling the heat of new pressures in their relationship from America’s largest retailer. These pressures range from demands for new margin-squeezing storage fees and longer-payment schedules to Walmart’s expectation that it suppliers will help the company meet its vaunted goals for boosting domestically made products. Walmart may be reacting to a number of factors with its new pressures on manufacturers, including its decision to boost the wages of its lowest-paid workers this year and also the fact that sales at its U.S. stores have flattened out over the last couple of years. In any event, suppliers are saying that changes laid out for vendors in June are requiring them to pay new fees for using Walmart’s warehouses and for shelf space in new stores, according to letters obtained by Bloomberg News and its interview with suppliers and industry consultants. Also under the new rules, many suppliers will be paid for their goods less frequently, depending on how quickly a supplier’s inventory moves. This move comes on the heels of Walmart’s actions earlier this year to push suppliers to cut marketing and promotion expenditures and use the savings to lower their wholesale prices so that Walmart could pass the savings at retail on to its customers. “What’s shocking is that Walmart is being aggressive not in asking suppliers to take costs out of the system, but instead in adding cost into the system.” “What is so shocking this round is that [Walmart is] being aggressive not in asking suppliers to take costs out of the system so the supplier can lower prices, but instead adding cost into the system,” Leon Nicholas, a senior vice president at Kantar Retail, which advises dozens […]