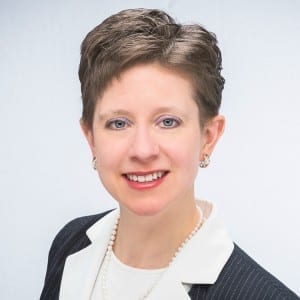 Kristen E. Polovoy, Esquire, Montgomery, McCracken, Walker & Rhoads, LLP On May 8, 2014, Vermont approved Act 120 — becoming the first state to require that foods with genetically engineered (GE) ingredients be labeled in a “clear and conspicuous” manner that they are “produced with genetic engineering” or “partially produced with genetic engineering” — unless the manufacturer can prove otherwise.  9 V.S.A. §3043.   According to this law, labeling GE foods as “natural,” “naturally made,” “naturally grown,” “all natural,” or with other similar descriptors is inherently misleading, poses a risk of confusing or deceiving consumers, and conflicts with a general perception that “natural” foods are not genetically engineered. 9 V.S.A. §3041, §3043.  The law takes effect on July 1, 2016.  Under §3044, certain foods are exempt (including meat or milk from animals fed a GE-free diet; food sold in restaurants; and packaged foods whose GE material is less than 0.9% of total product weight), and retailers are “not liable for the failure to label a processed food as required, unless the retailer is a producer or manufacturer of the processed food.” 9 V.S.A. §3045. Vermont’s law confronts the huge vacuum of any statutory or regulatory approach to the meaning of the ever-popular “natural” language on food labels.  The FDA has consistently avoided both courts’ and the food industry’s requests to define “natural.”  Now, a “natural” definition as “GE-free” is on Vermont’s books.  The Grocery Manufacturers’ Association and other food industry groups are challenging the constitutionality of Act 120.  But whether the food associations win or lose their attack on the new law that defines “natural” to exclude GE foods, the mere fact that Vermont passed this statute will have repercussions for the food industry.  For example:             If the food groups win, this is not necessarily the happy ending for […]