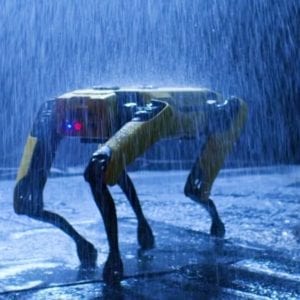 What a month it was for robotics. Whether it was Boston Dynamics launching its Spot quadruped robot, Shopify acquiring 6 River Systems or Universal Robots launching its strongest cobot ever, the robotics stories didn’t disappoint in September 2019. Here are the Top 10 most popular robotics stories on The Robot Report for September 2019. Subscribe to The Robot Report ‘s free weekly newsletter to stay updated on the latest analysis and news from the robotics industry. 10. Spot strides onto the market, as Boston Dynamics’ Atlas gets acrobatic Since being acquired by SoftBank, Boston Dynamics promised to bring its robots to market. It is doing just that starting with Spot. The quadruped isn’t being sold to the general public, but companies interested in leasing it can fill out a form on Boston Dynamics’ website. Spot can be used to inspect construction and energy sites and conduct remote observations. Full story 9. Top 5 countries using industrial robots in 2018 The worldwide industrial robotics market reached a record $16.5 billion in sales in 2018, according to the International Federation of Robotics (IFR). The IFR said 422,000 industrial robots were shipped around the world in 2018, a 6% increase from 2017’s previous record. The IFR also for the first time tracked sales of collaborative robots. Full Story Hanns Tappeiner, who co-founded Anki with Mark Palatucci and Boris Sofman in 2010, was named Director of Product Development at Apple’s Special Projects Group. Apple scooped up other former Anki employees after it closed. Apple attended a makeshift career fair at Anki’s office days after employees found out Anki was closing. Full Story 7. Autonomous Mobile Robot Conference: 6 AMR trends to watch Autonomous mobile robots (AMRs) have reached new levels of maturity and adoption, but technical and business challenges remain. From mobile manipulation […]