You are here: Home / News / Warehouse News / This Week in Food History: One of the Worst Food Recalls in US History 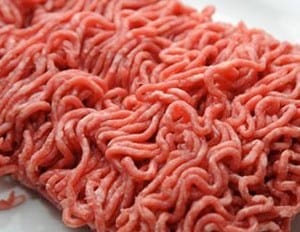 This week in food manufacturing history, we're taking a look at the trademarks of Life Savers and Spam, as well as one of the largest food recalls in American history.

As a young boy from Garretsville, Ohio, it didn't take long for Clarence A. Crane to prosper into a businessman. He formed his own maple sugar business in Warren, Ohio, which quickly emerged into the largest producer of maple sugar in the world.

After selling his business in 1909, Crane began to produce chocolate candy in Cleveland in 1912. His company was known as the Queen Victoria Chocolate Company. And it was at this company that Crane began creating a new type of candy.

He realized that a lot of consumers didn't wish to buy chocolate in the hot summer months due to the chocolate easily melting in the heat. So he came up with the idea to produce a new kind of confection. He used a machine that pharmacists at the time used to manufacture round flat pills. He then punched a hole in the middle of the candy, making it resemble a life preserver. Crane called his new candy Life Savers.

Initially, the new candy was only available in a peppermint flavor, so he marketed the the new product as Pep-O-Mint Life Savers — essentially, a breath mint, as the package claimed it was "For That Stormy Breath."

It was on August 19, 1913, that Crane registered the Life Savers trademark. Shortly after, he sold the rights to Life Savers to two New York candy manufacturers. And today, Kraft Foods manufactures the product.

It was on August 22, 1950, that Hormel registered its Spam trademark. But the brand of canned precooked meat products has been made by Hormel Foods Corporation since 1937.

It was Ken Daigneau, the brother of a company executive, that introduced Spam in 1937; winning him a $100 prize that year in a competition to name the new item.

The canned meat became popular after its use during World War II. It was difficult to deliver fresh meat to the front of the war, and Spam soon became a ubiquitous part of the U.S. soldier's diet. It was often referred to as "ham that didn't pass its physical," or "Special Army Meat." But despite the silly names, more than 150 million pounds of Spam were purchased by the military before the war's end.

By 2003, Spam was being sold in 41 countries on six continents and trademarked in more than 100 countries.

The fifth largest U.S. food recall to date happened on August 21, 1997. But when it occurred, it was actually the largest food recall of all time.

The company had at first recalled 1.2 million pounds of meat. But a week later, federal investigators found evidence that far more meat might be contaminated by a hazardous bacteria than originally suspected.

Agriculture Secretary Dan Glickman said the investigators found evidence that hamburger patties left over from production on June 5 — which showed evidence of the potentially deadly bacteria E. coli 0157: H7 — were added to production the next day. And as a result, the company could not guarantee that the meat produced would be free of any bacteria, leading the Agriculture Department to press the company for the major recall.

Keep an eye out next week for more on Food History! You can find last week’s history here. If you know of an important date in food history that you would like to see featured, please email me at kari.imberg@advantagemedia.com.