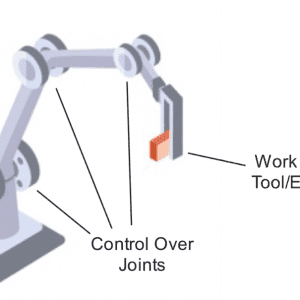 Figure 1: The challenge in motion control is that the joints are controlled while the tool (or end effector) does the work, and the relationship between the two is complex. (Credit: Energid Technologies) Motion control is the software component of a robotic system that dictates how a robot should move to do tasks that have already been defined. Robot arms move through the action of rotating and sliding joints, while mobile robots move through locomotion and steering. Robot tasks, on the other hand, are done with tools (end effectors) on the robot. Tasks may be manipulative, as when using a gripper, or they may be sensory, as when positioning a camera. These two concepts – movement and tasks – are key to addressing advanced applications for robotics. Tools do the work, but joints are controlled The heart of the motion control problem, as illustrated in Figure 1, is that tools do the work, but it is the joints that are controlled. And the relationship between the two is complex. An equation describing the placement of a probe held by a robot arm can take pages and pages of trigonometric functions. And this is the easy direction. Going the other way – calculating the control solution of how to place the joints to get a desired tool position – may not even have an equation. It may only be solvable iteratively. Some robots, like the one shown in Figure 2, have more actuators than the minimum needed for a task (such as grasping a screwdriver). This redundancy empowers a robot but complicates motion control. Think of the human body. With our extra joints, there are many ways to take that old pizza out of the refrigerator – an infinite number in fact – and exploiting the redundancy lets us reach […]