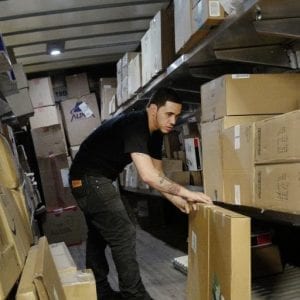 WASHINGTON — Companies that depend on holiday season sales will need more workers at a time when the ranks of the unemployed have dwindled to their lowest level since the recession. Envisioning an even tougher struggle than in recent years, many are taking steps they’ve not tried before to recruit seasonal workers like offering higher pay, dangling bonuses and providing more full-time, rather than part-time, work. Some warehousing companies that fear they still won’t be able to fill enough jobs, are turning to automation. Meanwhile, the U.S. job market is the tightest it’s been in five decades, consumer confidence is near an 18-year high and online shopping is surging. “I can’t remember the last time it was this tight,” said Tony Lee, a vice president at the Society for Human Resource Management. “You are going to see a real battle for seasonal employees.” At 3.7 percent, the unemployment rate is at a 49-year low, and the government says a record 6.9 million job openings are being advertised — more than the number of unemployed Americans. With more job seekers able to choose among employers, many companies have rushed to begin their seasonal hiring earlier than before. Kohl’s, the nationwide discount chain, with 1,100 stores, tried to get a jump on its rivals by advertising seasonal jobs back in late June. UPS is holding its first-ever nationwide job fair next week. In 170 locations, applicants can have interviews on the spot, and driver candidates can schedule a road test. On its job-fair day — which it’s dubbing “Brown Friday”— UPS hopes to hire up to 40,000 of the more than 100,000 seasonal workers it will need. Sakeria Crawford, who will start a start a seasonal package-handling job with UPS next month, will earn about $13 an hour — the most […]