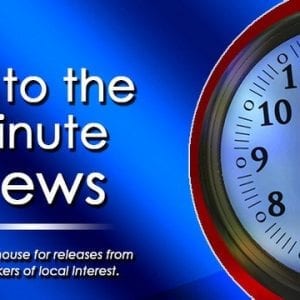 From: The Raymond Corporation The Raymond Corporation was represented by Raymond welder Ryan Lewis at the Toyota Material Handling Group (TMHG) Skills Competition in Takahama, Japan, in February 2020. To showcase their skill sets, participants had to weld a steel pressure vessel performing tack welding, semi-automatic welding and finishing of the surface. Lewis placed first in the competition among other competitors across TMHG facilities in the United States, Italy, Sweden, France and China. “It was a great honor to be invited to participate in the prestigious TMHG Skills Competition among such amazing competitors from around the world,” Lewis said. “Placing first and receiving the gold medal was a dream of a lifetime and truly showcased that I put my all into the training and into my position at Raymond each and every day.” Accompanying Lewis was Steve Lewey, Raymond welder and welding competitor from the 2019 TMHG Skills Competitions in Japan. Lewey placed second last year in the competition. In 2015, Raymond’s internal welding competitions began, helping promote friendly competition and enhancing welding skills and knowledge. Each year after, the welding competition winner has earned the invitation by Toyota to travel to Japan to compete in the TMHG Skills Competition. “Toyota held the fourth annual TMHG Skills Competition to know and understand where our company’s manufacturing skills are and to promote higher skills learning in the Toyota Material Handling Group. While other welders’ skills are improving year by year, Ryan demonstrated his welding skills beautifully and won the gold prize,” said Hisanori Miyajima, executive officer, Toyota Industries Co. “We would like to congratulate and thank not only Ryan but also his supporting members at Raymond. We hope Ryan will continue to improve his expert welding skills while also continuing to support the quality of Raymond products.” To learn more […]