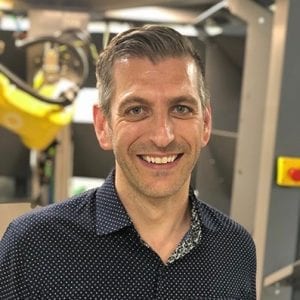 Unlike industrial automation, which has been affected by a decline in automotive sales worldwide, robots for e-commerce order fulfillment continue to face strong demand. Warehouses, third-part logistics providers, and grocers are turning to robots because of competitive pressures, labor scarcities, and consumer expectations of rapid delivery. However, robotics developers and suppliers must distinguish themselves in a crowded market. The Robotics-as-a-Service, or RaaS, model is one way to serve retail supply chain needs, said Kindred Inc. By 2025, there will be more than 4 million warehouses in operation at 50,000 warehouses around the world, predicted ABI Research . It cited improvements in computer vision, artificial intelligence , and deep learning. “Economically viable mobile manipulation robots from the likes of RightHand Robotics and Kindred Systems are now enabling a wider variety of individual items to be automatically picked and placed within a fulfillment operation,” said ABI Research. “By combining mobile robots, picking robots , and even autonomous forklifts, fulfillment centers can achieve greater levels of automation in an efficient and cost-effective way.” “Many robot technology vendors are providing additional value by offering flexible pricing options,” stated the research firm. “Robotics-as-a-Service models mean that large CapEx costs can be replaced with more accessible OpEx costs that are directly proportional to the consumption of technologies or services, improving the affordability of robotics systems among the midmarket, further driving adoption.” The Robot Report spoke with Victor Anjos, vice president of engineering at San Francisco-based Kindred , about how AI and RaaS can help the logistics industry. Kindred applies AI to sortation Can you briefly describe Kindred’s offerings? Anjos: Sure. Kindred makes AI-enhanced, autonomous, piece-picking robots. Today, they’re optimized to perform the piece-picking process in a fulfillment center, for example, in a facility that fills individual e-commerce orders. It’s important to understand our solution is […]