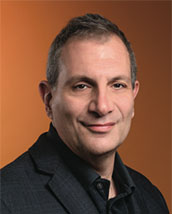 CBRE says 43 percent of space under construction already spoken for. Pre-Committed DC/Warehouse Space City % pre-committed space Denver 70.3% Kansas City 54% Chicago 51.3% Indianapolis 50.6% New Jersey 43.3% Warehouse and distribution center space in the U.S. is being snapped up as fast as it can be completed. And, in a growing number of instances, even before that. In a report to be released tomorrow, real estate services firm CBRE Group Inc. will report that 72 million square feet of warehouse space, or 43 percent of the total square footage under construction, has already been pre-committed. That is the highest level since 2000, according to CBRE data. To put the current figures in historical perspective, since 2000 the quarterly average of pre-leased space has been 22 million square feet. The average quarterly percentage since 2000 has been 38 percent, CBRE said. The numbers to be disclosed tomorrow are extraordinary because the percentage of pre-committed space is based on higher levels of construction activity than ever before, the Los Angeles-based company said. The data is perhaps the strongest evidence yet of how starved users are for warehouse and DC space as e-commerce demand, combined with growth in other sectors like pharmaceuticals, strain capacity. It also indicates that despite accelerating industrial development—nearly 250 million square feet of space will be delivered this year, according to real estate services firm JLL Inc.—there is little indication of a meaningful alignment in supply and demand before sometime next year, at the earliest. “Warehouse users are aggressively leasing space as soon as they have the opportunity, often even before the construction has been completed on the property,” said David Egan, Americas head of industrial research for CBRE. Egan added that the capacity crunch could be somewhat eased as users occupy the new space and […]