You are here: Home / News / Warehouse News / Manufacturers Must Protect Themselves From Cybersecurity Risks 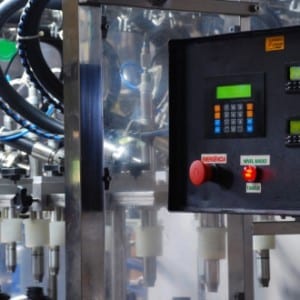 The increasing frequency of cyberattacks coupled with innovative new technologies is causing the cybersecurity sector to explode, creating many vendor choices for manufacturers. “There’s a tremendous amount of venture capital money flowing into cybersecurity right now due to all of the breaches, and there are also now a lot more choices for types of products,” says Quentin Orr, a partner and consultant for cybersecurity at PricewaterhouseCoopers LLP in Philadelphia. The state of cybersecurity currently varies greatly by industry. For example, the financial and healthcare sectors are far ahead in cybersecurity in large part because they have to meet regulatory requirements. At the same time, manufacturers have some of the “most poorly secured environments in the world,” because they have no such requirements, Orr says. “But the threat to manufacturers is dramatically increasing, particularly from adversaries who want to steal their intellectual property and technologies,” he says. “These adversaries often come from developing countries who want to steal proprietary information that has taken manufacturers years of R&D efforts to launch.” Predictions call for the number and severity of attacks to increase over the next two years due to significant “meta trends” globally, says Ed Ferrara, vice president, principal analyst for security and risk at Forrester Research in Cambridge, Massachusetts. He points to political instability, the rise of nation states and their interest in asserting spheres of influence, the cooperation of organized crime and terrorist groups to extend or advance their agenda and “hacktivists” wanting to make both political and ideological statements as factors contributing to this likely escalation. Depending on need and the results of a thorough risk assessment, manufacturers should consider a number of different solutions covering a broad area of security concerns, Ferrara adds. Today, there are technologies that address top security issues such as threat intelligence, security […]