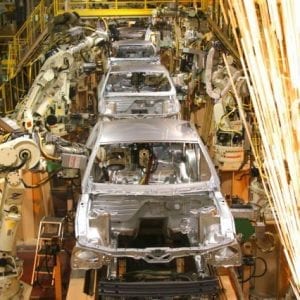 Manufacturing robots may soon think intelligently and optimize their own performance. Robotics in a Ford Mustang plant Manufacturers have been using robots and automated applications for a number of years, but new technologies could give machines the ability to think intelligently and learn to optimize their own performance. Michael May, head of Technology Field Analytics & Monitoring at Siemens Corporate Technology, told an audience of reporters and analysts at the company’s Innovation Lab in Princeton, N.J., recently that artificial intelligence is the next big disruption in manufacturing. He said AI will spark revolutions in both intelligence and autonomy. Whereas some of these things “were considered science fiction just a few years ago,” machines are now showing “human-like” performance in some areas such as object detection, face recognition in images, translation of languages and even artistic capabilities. He said Siemens has been working on “neural network” technologies and behavior prediction capabilities which are modeled on the human brain. It has the potential not only to make machines more intelligent, but to create “self-optimizing” systems that can continually learn over time to improve their behavior. “So in the past, they collected the data, and then figured out how it could be done differently with a better strategy,” May said. The technology can offer big benefits for manufacturers. In 2014, Siemens started working on spider worker robots that can know exactly where they are in a particular environment and can find their way back to a charging station, then transmit data to another unit that can pick up the task right where the other robot left off. These robots use onboard cameras and laser scanners to view and interpret their environment. “I think we’re so far away from that that it’s not even on my radar screen. I think it’s 50 or […]