You are here: Home / News / Warehouse News / Inside Walmart’s store of the future, where robots can fill grocery orders up to 10 times faster than humans 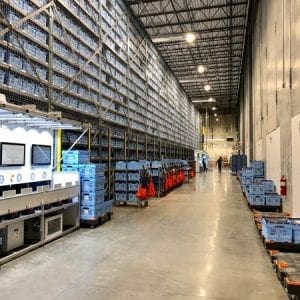