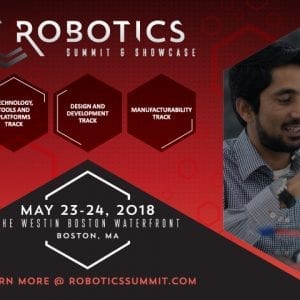 Grabit’s shoemaking robot at company headquarters in Sunnyvale, Calif. (Credit: Grabit) Material handling is one of the most labor-intensive and expensive aspects of manufacturing. Assembling a pair of Nikes, for example, requires up to 40 pieces of material to be stacked and heated to create the shoe upper, which is the flexible part that sits on top of your foot. It can take a human worker up to 20 minutes to arrange those materials. A Silicon Valley-based startup is helping Nike assemble shoe uppers more than 20 times faster than humans. Using Grabit ‘s electroadhesion-based robotic grippers, Nike can now manufacture its shoe uppers in as little as 50 seconds. Over the course of an eight-hour shift, Grabit’s Stackit robots can help make 300-600 pairs of Nikes. At this pace, Nike’s return on investment (ROI) would be two years. The robots reportedly cost $100,000 each. Grabit customers pay a fee for the software and have to periodically replace the electroadhesive pads. Nike is a firm believer in Grabit’s technology. The sneaker giant not only acquired a minority stake in Grabit in 2013 , it is installing about a dozen Stackit robots throughout factories in Mexico and China. Grabit says the apparel industry is a $200-$300 million market for robotics makers. This article examines Grabit’s technology and how it found the perfect robot arm for its grippers. Grabit’s Stackit robots don’t mimic human grasping Electroadhesion is the static electricity that makes your hair stand up when you rub it against a balloon. It’s apparently adept at helping robots grasp objects in a novel way. Unlike many of today’s robots, Grabit doesn’t try to mimic human grasping techniques. Instead, it uses static electricity. The grippers use a flat pad of electrodes that create an electric field that adheres to most surfaces. […]