You are here: Home / News / Warehouse News / Getting More for Less in Modern Manufacturing 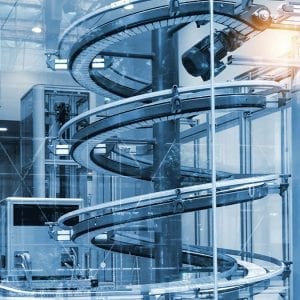 Getting more for less in modern manufacturing Everyone always wants more for less: individuals, companies and governments. It’s the defining challenge facing businesses as they try to stay competitive. Manufacturing, in particular, has been through radical change as a result of globalization sharply increasing competition. But that doesn’t mean the sector can now stand still. Far from it. The challenges and the changes keep coming. Smart factories Increasing factory automation is an obvious way to reduce costs while maintaining quality. The Internet of Things, wearable technologies, robotics and Artificial Intelligence are just some of the technologies transforming traditional factories into ‘smart’ ones. This will ultimately enable companies to make the most of their resources and produce higher-quality goods more efficiently. A survey by Capgemini found that smart factories will enable a seven-fold increase in overall productivity by 2022, with capital and inventory costs expected to reduce 12-fold compared to 1990. The advent of smart factory technologies will also speed up production and help manufacturers respond more quickly to changing market needs. Typically, factories are set up for long, high-volume production runs. Today, it’s critical to be profitable at lower batch numbers and over much shorter product life cycles and have the ability to rapidly swap production to new products as needed. But Capgemini’s analysis shows that only 6% of manufacturers are ‘digital masters.’ Most of the businesses surveyed – more than 75% – fell into the ‘beginners’ category when it came to converting their production sites to smart factories. Clearly there is a lot more work to be done. Shared goals Mention the ‘sharing economy’, and most people will think of companies such as Airbnb and Uber. But the need to share resources rather than control the entire value chain is not a new concept. Mobile service providers have […]