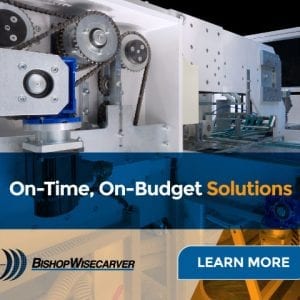 More than 650 fluid power manufacturers, users and academics have come here to Aachen, a small western German city, to talk about the future of hydraulics and pneumatics technology, as well as current R&D projects. However, last night, what everyone was talking about was robots. The closing keynote at the 11th International Fluid Power Conference on Tuesday evening was an all-too-short talk (we could have listened to him all night!) by Aaron Saunders, VP of Engineering of Boston Dynamics . Boston Dynamics is the Massachusetts dynamo of a company that even non-engineers know about, due to the company’s famous YouTube videos that feature bipedal and animal-like robots that jump, run, balance and even do backflips. Saunders talk focused on building “the world’s most dynamic” humanoid robot — the famed Atlas, which has been through a redesign in recent years. Saunders noted that Boston Dynamics is a very small company, with only 100 engineers. For the last 15 years, he said that his team has been focusing on basic principles of the mechanics of the locomotion of robotics. Their goal has been on changing people’s idea of what robots can do. “I’m always asked, ‘What’s the purpose? Are you making any money with this?’ The answer is no,” Saunders said, to laughs from the audience. “This robot’s [purpose] is really to drive innovation inside our group, to push us to understand how to marry controls on complex machines. It is also to create an impression of what robots can do. As we move toward the future, we’re getting closer and closer to when we’re going to turn these things into products.” People also ask Saunders why they are making robots perform tasks such as making them jump. He explained that it forces his team to face a lot of pragmatic […]