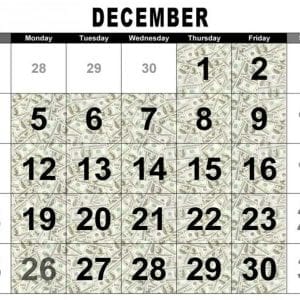 Ten robotics-related companies got funded in December for a combined total of $94 million; down from $225 million in November. Four more got acquired. Over $2 billion was involved. No companies went public. Fundings ​ Zipline , the San Francisco-based meds drone delivery service startup, raised another $25 million (in Nov) in its B round from Visionaire Ventures and Andreessen Horowitz, Jerry Wang, Sequoia Capital and Subtraction Capital. Netradyne , a San Diego AI developer of self-driving car systtems, got $16 million (in June) for a Series A round. Reliance Industries, an India-based oil and natural gas developer and provider, was the sole funder. Shenzhen Gowild Robotics , a Shenzhen AI and personal robot startup, raised $15 million in a Series A round. Their new mobil robot goes on sale in 2017 for around $860. Mojio, a Canadian startup and provider of an open platform for connected cars, raised $15M in a two-part Series A round backed by Amazon Alexa Fund, Deutsche Telekom, BDC Capital, Relay Ventures, and BC Tech Fund. This new funding will further the global adoption of Mojio’s hardware-agnostic, cloud-based connected-car platform and enable hiring in Palo Alto, Prague and Vancouver. Farmer’s Edge , a Canadian precision ag data consolidator/integrator with 320+ employes, raised a large but undisclosed amount of capital from Fairfax Financial. Part of the raise was used to pay off Kleiner Perkins for their exit. Superflex, a Silicon Valley spin-off from SRI International, raised $9.6 million in a Series A round led by Japanese venture firm Global Brain with additional participation from seed investors Horizons Ventures and Root Ventures, and new investment from Sinovation Ventures. Superflex is developing a new category of lightweight, connected apparel, worn under any outfit, with integrated electric “muscles” that add intelligent wearable strength and natural mobility to muscles […]