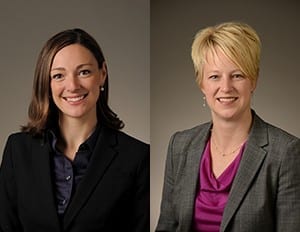 This article originally ran in Food Manufacturing ‘s Jan/Feb print issue . While combustible dust fires and explosions more frequently take place in metal or chemical facilities, food manufacturers producing or using fine-grained or pulverized organic products such as coffee, cocoa, flour, milk powder, starch, and sugar are also vulnerable. Small particles, generated in sufficient quantity and allowed to build on horizontal surfaces, if ignited in the form of a dust cloud, can release a catastrophic chain of events. Ignition sources can include welding, mechanical sparks, hot bearings, open flames, and electrical sparks. For instance, in January 2014, a plant at Omaha International Nutrition (a company that specializes in the manufacture of feed and livestock products) suffered an animal feed mill collapse and then a fire, which was attributed to combustible dust buildup. Four people were critically injured and two people were killed. Dust explosions also have occurred at Lucky Day Tapioca (2011), LiHua Starch Co. (2010), Imperial Sugar Company (2008), and De Bruce (now a subsidiary of Gavilon) (grain elevator explosion, 1998). There are several engineering, training, and safety measures that a company handling these types of combustible particles can take to prevent a fire or explosion, including identifying the combustible dusts in your facility, instituting proper housekeeping and ventilation to prevent dust release and build-up (and therefore preventing the formation of dust clouds), and eliminating and controlling ignition sources.  But it is difficult – if not impossible – to completely eliminate the risk of fire or explosion when handling or creating combustible dusts. A significant fire or explosion can cause significant personal injury or death, extensive property damage, release of environmental contaminants, injury to nearby landowners (evacuation or worse), loss of profit, OSHA and other federal or state government fines and citations, and significant reputational injury. Add […]