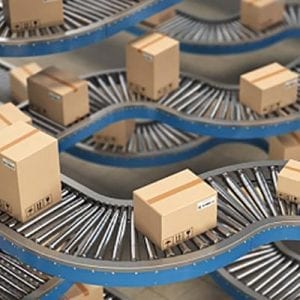 Learn how distribution can support a company’s overall business and marketing strategy. In the business world, the term “distribution” refers to the channels, logistics and processes to move products and services from the point of manufacture, production, or creation to the ultimate end-users. When “distribution” is linked to “strategy,” the question becomes: How can distribution serve as a component or variable to support a company’s overall business and marketing strategy? Distribution is often an unrecognized and underappreciated element of strategy, yet it is almost always an important factor in a winning strategy. Some examples will illustrate this premise: ● Starbucks created a new distribution system for coffee, featuring its own stores and coffee shops, although the economics might have been better if Starbucks had simply sold its coffee in grocery stores and supermarkets. In the beginning years, however, it’s likely that Starbucks did not have the financial wherewithal for the heavy advertising, slotting allowances and sales development expenses required to achieve distribution in the supermarket channel. Nor did Starbucks have the brand awareness and reputation that would have allowed it to challenge the major national coffee brands in supermarkets. So, Starbucks wisely chose to develop its own distribution system and its own retail stores. This distribution strategy has been a key element in Starbucks’ success. ● Walmart ’s Sam Walton recognized that many parts of the U.S. did not have access to big-box discount stores, so his initial strategy was largely a distribution strategy of building and logistically supporting large discount stores in geographic areas overlooked or avoided by the large national discount chains and department stores. Sears, JCPenney, Montgomery Ward, K-Mart, etc., sat on their haunches and watched Walmart build stores across the forgotten landscape of rural America—until it was too late. Walmart used profits from the rural […]