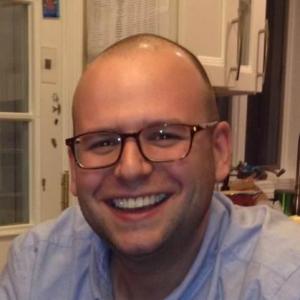 Advertisement Chris Marchand, Manufacturing Engineer, East Coast Precision Manufacturing This article originally appeared in the November/December 2014 print edition of PD&D . Chris Marchand, Manufacturing Engineer, East Coast Precision Manufacturing In the Product Design & Development Brainstorm we talk with industry leaders to get their perspective on issues critical to the design engineering marketplace. In this  issue , we ask: How will the continuous and future integration of robots in manufacturing change the way we design and create? In the 2004 movie, I, Robot, Will Smith lives in a future world where robots are personal assistants and so intertwined in the human world that they may have taken over. If you look at many of the robotic machines currently used in manufacturing, they are essentially super-focused, job-specific robots that are an integral and necessary tool in manufacturing. This may not be instantly recognizable, because even the popular one-armed robots often don’t look much like a humanoid, though the development and wider use of classic  android robots in manufacturing is on the horizon. A recent report released by the Manufacturing Institute on the use of advanced robotics reveals that there are currently more than 180,000 robots being used in factories in the United States, and at least 1.5 million around the world. It is clear today that robotics and artificial intelligence will soon be integrated into virtually every aspect of our daily lives – but the presence of robots and their impact is a bit different than what was once imagined in movies. Manufacturing is already witnessing this in several different ways. Currently, the ability to engage in lights out manufacturing represents a significant advantage and cost savings that can be passed along to customers. The continued integration of robotic technology in manufacturing is already changing the way we design. Once a […]