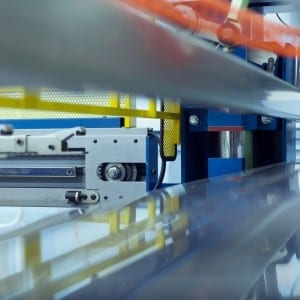 There is a shift taking place in the manufacturing industry towards more advanced technologies on the plant floor. However, implementing significant change — such as investing in automation — can be daunting. But in this day and age, it is worth it. Successful automation has the power to improve efficiency, profits and can even diversify a workforce for companies of every size. It is no longer only a trademark of large-scale manufacturers, but instead the result of progressive thinking and a desire to remain competitive.

“Small manufacturers are beginning to realize that buying this high piece of automation is actually a benefit,” says Aaron Corcoran, an Account Executive at Westfalia Technologies, Inc. “It offers a return on investment and a justification that they can live with.”

Automation can appear in many shapes and sizes, but there are a few noticeable trends that are worth noting. First, is the expansion of automation into the warehouse.

“Many large companies are seeing that the only way to increase the return on their investments for shareholders is to actually automate the warehouse and distribution side of their business,” says Corcoran. “They are really taking a lot of the automation that they implement on the manufacturing side and are now expanding their approach to automation.” Corcoran indicates by doing this, companies are able to more efficiently distribute products and manage high density storage situations.

Another interesting trend described by Corcoran is the development of automation that can provide mixed loads of multiple skews. He explains, “What is happening in the manufacturing space is that they need to provide mixed loads of multiple skews based off of the lower volumes. Ones so you are seeing what in the beverage industry is called variety pack building.” Simply put, automation is getting more precise and fine-tuned in order to meet user needs.

“The future of automation revolves around vision and making the robots smarter so that they can have product recognition,” says John Westbeld, the Engineering Manager for SAS Automation. “Then you can take various products with different types of tooling in order to make the robot more useful for the manufacturer.”

An example of this smarter automation is 3D printing. “The biggest trend we are seeing is in the 3D printing field, where a manufacturer is able to prototype and quickly manufacture piece parts that may be integrated into gripping or picking something up with a robot,” says Westbeld. This is particularly crucial for the automation market and the manufacturing industry as a whole, because it offers a less expensive alternative to production, as well as produces necessary pieces only on a need basis.

The Benefits to Automation

The benefits of integrating automation on the plant floor are significant. They include increased production speed, strength, quality and consistency of output.

“Consistency is the number one key. When you program a robot it will do the same thing at the same speed every day for as long as you like. It is consistent as far as assembly goes, as well,” says Westbeld. Automation also effects consistency because it limits the number of times a product needs to be handled, which in turn reduces error and damage rates. Corcoran explains that this has significant implications across the board because the probability of damage is dramatically reduced with automation.

In regards to speed and strength, automation is extremely beneficial because it is able to endure conditions that normal workers would be unable to. The cold environment of freezer is a perfect example. Because automation is unaffected by the cold it is able to work in harsh conditions — like a freezer — for as long as necessary, without breaks. Another example that illustrates this is in the bagging industry. When the goal of the company is to palletize 30 to 35 50 kilogram bags per minute, automation becomes a necessity because an employee simply could not handle the task.

In fact, according to Corcoran, the most important step to implementing automation is to have a qualified team supporting it. Without that, the automation is doomed to fail.

“You need someone who can talk the language of automation,” Corcoran explains. “Because without that piece, all the fancy pieces and benefits of automation aren’t going to work. It all comes down to the interfaces talking to each other properly and the IT infrastructure working properly.”

As industrial automation continues to become more prevalent on the plant floor, it is important to stay informed and know what you are getting into. Each industry is perfecting their own variations of automation to suit their needs, however, there are identifiable universal benefits that should not be ignored. You do not want to be the company that is lagging behind with automation.

“It is the progressive companies that are willing to automate because they understand the long term advantages are setting themselves up to be more competitive in a global market at an early stage,” explains Westbeld.