You are here: Home / Blog / 6 Secrets Your Telematics Reports are Trying to Tell You

People come and go. After 30+ years here with Abel Womack, I’ve seen many of my beloved clients move on; sometimes to new jobs outside of my territory, or into retirement. There seems to have been lots of retirements lately.

The nice thing about retirements is they are planned. The transition for the new person in the role often comes with a good deal of time with the outgoing talent. However, I recently saw a company lose two top managers and a director in a short period of time. One of the individuals was a planned retirement, but the other two, well let’s blame it on Covid. They left a struggling company for greener pastures. But this company has a long future ahead, and some decisions to make for the short term.

Information at your fingertips

While introducing myself to the new director, who was overwhelmed by all the new challenges, I 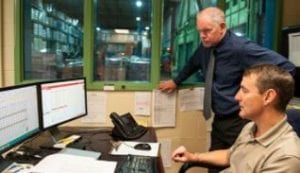 asked who was managing the telematics for the forklift fleet. He hadn’t assigned anyone yet and wasn’t sure he needed to. The system ran unaided, and he didn’t need to see any reports right now. I agreed that the system ran unaided but did not agree that he should pass on mining the data of his telematics system. The reports are where you find the actionable items that save money. It’s how you keep an eye on 30 pieces of equipment and the associated FTEs that run them.

He really did have a lot on his plate, so he agreed to let us help. We brought in our Professional Services Group (PSG) to provide training to the floor managers on the basics of the iWarehouse system (now in its 6th year!).

Digging into the data

Daily reports were redirected from the previous managers to the people new to the roles. Each report was reviewed by our PSG to discover the things they should look for each day.

Their reports clearly showed a lack of timely completion. Nearly 90% were taking less than 30 seconds to complete. Average time, when done properly, should be from 3 to 5 minutes. Their reports did show some battery state of charge checking by operators. Digging deeper it was learned that certain trucks had power that was not lasting a full shift.

The workforce has been cut by nearly 30% due to the economic realities surrounding the shutdown of many small businesses. The fleet of material handling equipment is ending its sixth year and the battery fleet is showing signs of aging. The capital isn’t there for replacements. Moreover, the expense of maintaining equipment that is not being used is a place they are looking to cut. The utilization reports clearly showed a surplus of equipment, especially the orderpickers. The decision was made to take advantage of the current supply chain effect on new and used forklifts and pre-trade in three of the orderpickers in exchange for some replacement power for the rest of the fleet. 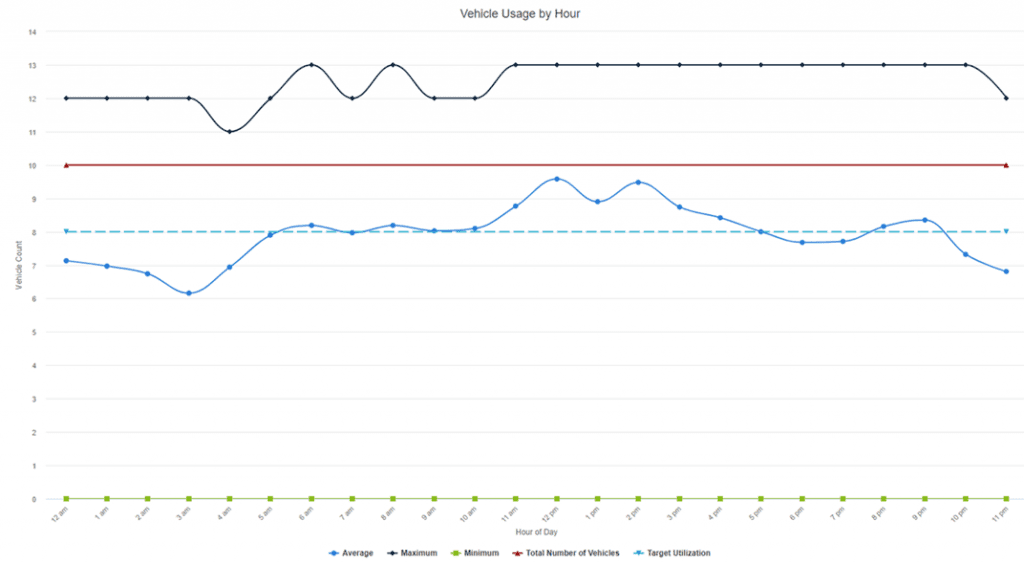 Their reports showed that the FTE’s are doing a good job of avoiding non-essential idle time during the shift. It also showed that the two dock units could benefit from an opportunity charger to improve the shift life. 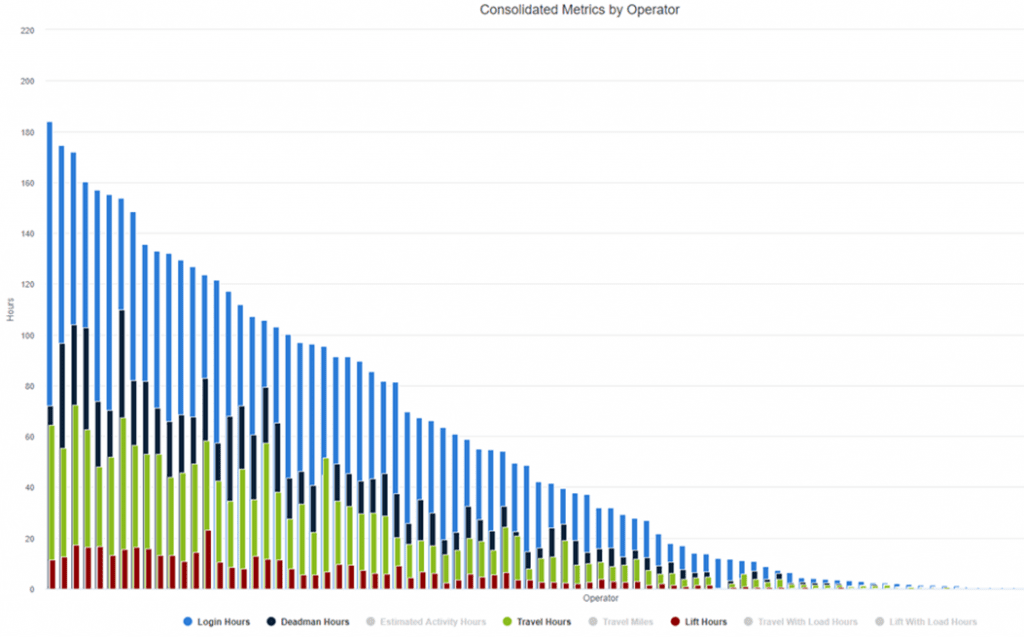 This client has used these reports in the past to determine who was responsible for rack damage. But more importantly, they found and quickly repaired several floor problems in the wire guided aisles, saving money on orderpicker repairs. They also have a monthly reward for the FTE that has the fewest and mildest impacts. The report showed that since this reward was halted during the worst of the downturn, impact frequency and severity went up. The rewards have been reinstated. 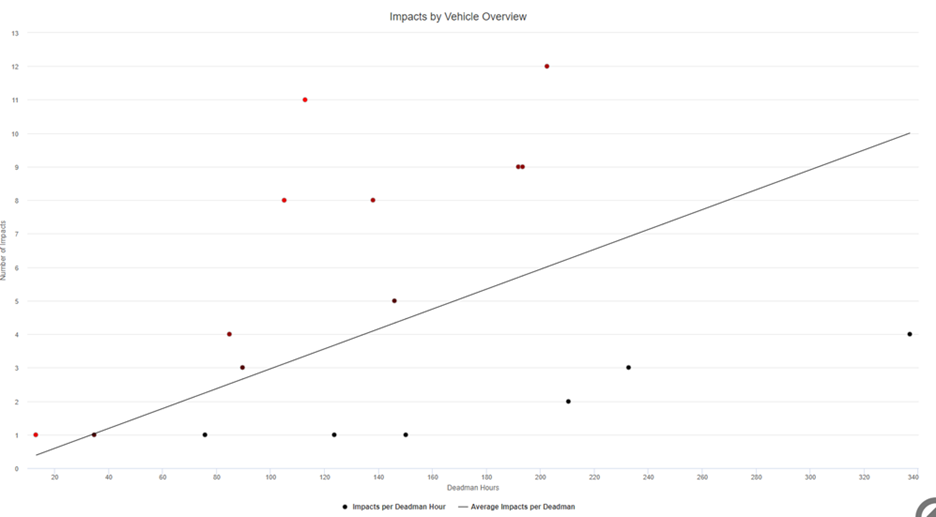 My client was surprised to see that 88 employees needed to be recertified inside of 30 days. He’s happy that I pushed him to look at these reports because now he can make sure these are done on time. He also was surprised to learn that the new operators he’s hiring can be set up to have a reduced travel speed during the first few weeks of orientation. We find this feature improves the learning curve for new operators by making the lift a little gentler while they get the feel for it. Luckily after looking closer, nearly half of the 88 were former employees that just needed to be purged from the rolls.

When the management roles were vacated the floor supervisors did not have the login required to log new operator badges. The supervisor’s workaround included the supervisor using his badge to access the equipment for the new operators. The report uncovered the practice, and the new operators were quickly given the proper login after we trained that supervisor how to complete the task. Other clients of ours who manage the workforce closely use this report to find “friends” who may help out a friend who lost their badge, or worse, a friend who has had access restricted by managers. Worse yet, a friend who just wanted to try out the big swing reach prior to any training.

He was right, he didn’t need more reports. What he needed was to empower the team to use them. We were happy to help. We understand it’s not the reports that make the difference but rather knowing how to look at the information to gain the advantage.

Let’s explore what actionable information we can find in your operation. Contact us today.

Dave Sherman has worked at Abel Womack for nearly 30 years. With an extensive service background, he has been a Business Development Account Manager for the past seven years.

The Straight and Narrow In our previous blog post on VNA Rack Systems, or Very Narrow Aisle … END_OF_DOCUMENT_TOKEN_TO_BE_REPLACED