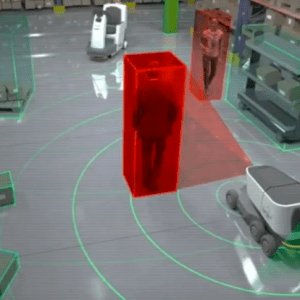 Increasing the level of navigation autonomy in mobile robots creates tangible business benefits to those companies employing them. But designing an autonomous navigation system is no easy task. San Diego-based Brain Corporation , which spoke at our inaugural Robotics Summit & Showcase , seems to have figured it out, however. The company raised $114 million in mid-2017, led by the Softbank Vision Fund, for its BrainOS platform that creates autonomous robots using off-the-shelf hardware and sensors. Savioke recently announced it will integrate BrainOS into its commercial service robots. For years, Savioke built its autonomous navigation stack from scratch using ROS, but that will no longer be the case. “We want to focus on areas where Savioke can be unique, not on areas where we don’t have a competitive advantage,” Savioke founder and CEO Steve Cousins recently told The Robot Report . “Brain Corp. is doing some interesting stuff that is potentially game-changing in terms of the cost. They’re able to command volume pricing on sensors that we can’t. And they’re engineering things to fit together nicely.” Many robotics developers still want to develop their own autonomous navigation systems, of course. And Brain Corp. is well aware of that. To help them out, Brain Corp director of innovation Paul Behnke and VP of innovation Phil Duffy shared in a webinar “ Robotics: The Decathlon of Startups ” the following challenges you’ll encounter when designing an autonomous navigation system. Getting the Software Right “That’s definitely the first problem that comes to mind when you’re thinking about developing robotics for new environments,” Behnke said. Getting the software right is especially challenging for robots that will be autonomously navigating in dynamic environments such as airports, malls, warehouses and other high-traffic workspaces. These areas often have tight spaces and continuously changing obstacles that require […]