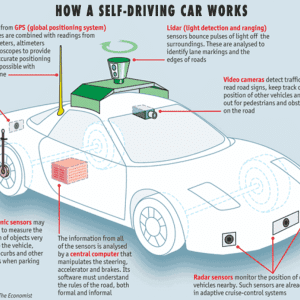 As autonomous cars begin to hit world markets in pilot tests and other ways, and before the International Federation of Robotics clarifies whether those vehicles are robots or not, two research firms have combined those vehicles with other robots. Their results are highlighted in yellow below. The question as to whether autonomous vehicles are robots – or whether drones are remote-control vehicles and not robots – will be addressed by the International Federation of Robotics (IFR) later this year in a workshop and series of press releases. Click here for a link that discusses these issues . The number of research reports covering the robotics industry has grown exponentially in the last few years. 109 have been previewed on The Robot Report thus far in 2016. The latest batch of 46 shown below brings the Y-T-D total to 155. Even though multiple vendors produce reports on the same topics, almost all show double digit growth. [Here are links to the previous two recaps: [ 1 , 2 ].] Service and industrial robots (6) Commercial and military drones (10) Professional service robots (7) Agricultural robots and drones (2) Exoskeletons and medical robots (5) Industrial robots (12) Underwater vehicles (2) Robotics market forecasts August 2016, 24 pages and 248 charts, Tractica, $4,200 Tractica, by categorizing autonomous vehicles as service robots, estimates that 2016 industrial robots will drop to 41% of total robotics revenue, with the remaining 59% coming from non-industrial robots. The non-industrial service robots sector largely consists of consumer robots, enterprise robots, military robots, autonomous vehicles and supporting components, and UAVs. The combined global robotics industry will expand from $34.1 billion in 2016 to $226.2 billion by 2021, representing a compound annual growth rate (CAGR) of 46%. Global driverless car components market August 2016, Allied Analytics, $3,792 The component market […]