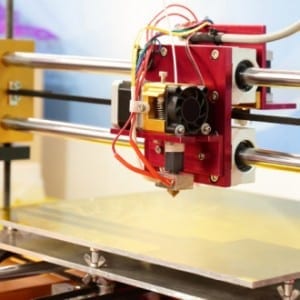 3D Is No Longer the “Next Big Thing”: It’s Here Are you ready for the additive manufacturing revolution? Busy CEOs may be forgiven for trying to tune out the noise and hype that technology suppliers try to generate. Remember the Y2K craze? But every once in a while, a technology reaches what Andy Grove, the first hire and ultimately chief executive of Intel, called the “strategic inflection point.” The technology’s cost falls dramatically and its performance rises equally dramatically. Grove was referring, of course, to semiconductors. But today, the same phrase applies to an entirely different field—Three-dimensional (3D) Manufacturing, also called Additive Manufacturing because parts and products are built one layer at a time by printers. The evidence can be glimpsed at Pratt & Whitney, which has been developing 3D manufacturing techniques for 25 years. In a room at its headquarters in East Hartford, Connecticut, four big machines almost soundlessly print out 600 plastic parts a year—to be used as prototypes or for tooling and support for other metal parts. But now, the company says it is ready for the first time to place dozens of 3D-manufactured titanium and nickel parts on its PurePower geared turbofan jet engines. Engines with additively manufactured parts have been flight-tested and will power Airbus and Bombardier aircraft entering passenger service in the second half of 2015. The parts include fuel-bypass manifolds, mounts, fittings, brackets, oil nozzles and airfoils. The strides that Pratt, a unit of United Technologies, and GE’s engine unit are making are attracting wide attention because jet engines are among the most precise and powerful machines in the world, and they are subject to incredible heat and stress. “It’s like when IBM started in the personal computer business in the 1980s—the engine-makers have embraced the new technology and given it legitimacy,” says Howard Kuhn, a 3D expert and Distinguished Collaborator Award winner at America Makes, also known as the National Additive Manufacturing Innovation Institute, based in Youngstown, Ohio. Aerospace isn’t the only sector demonstrating the power of 3D manufacturing. However, in other industries, small- to medium-sized businesses often lead the […]