You are here: Home / News / Warehouse News / 3 Tips for Thriving in the Upcoming ‘Industry 4.0’ Transformation 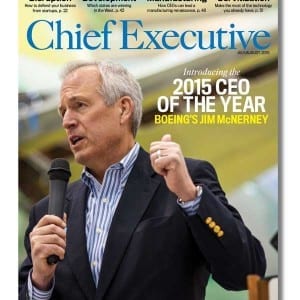 Manufacturing’s history includes three waves of change: the “lean” revolution of the seventies, the outsourcing phenomenon of the nineties and the automation revolution of the current decade. But there is no rest for the weary, as McKinsey consultants are currently warning American manufacturers that they must get ready now for the next big change, which they are calling “Industry 4.0.”

By definition, Industry 4.0 is “the next phase in the digitization of the manufacturing sector,” which is being driven by four major sources of disruption, McKinsey said. They are: the astonishing rise in data volumes, computational power and connectivity, especially in new low-power wide-area networks; the growth of analytics and business-intelligence capabilities; new forms of human-machine interaction such as touch interfaces and augmented-reality systems; and improvements in transferring digital instructions to the physical world, such as advanced robotics and 3D printing.

Just 48 percent of manufacturers surveyed by McKinsey in January considered themselves ready for Industry 4.0, while 78 percent of suppliers said they are prepared.

“Just 48 percent of manufacturers surveyed by McKinsey in January considered themselves ready for Industry 4.0, while 78 percent of suppliers said they are prepared.”

1. Gather more data and make better use of it. McKinsey consultants said manufacturing CEOs should figure out which of all the new production data that is available would be most beneficial to them and which leakages of such data are causing the most pain. One way to do this is using what they called a “digital compass,” which consists of pulling together a company’s basic value drivers and practical levers and learning how to use them together to solve their specific data problems.

2. Plan your company’s future direction and the role automation will play in it. “The traditional manufacturing business model is changing,” McKinsey argued, “and new models are emerging; incumbents must be quick to recognize and react to these new competitive challenges.” To do so, chiefs should consider options such as “platforms” in which products, services and information can be exchanged via predefined streams; pay-by-use and subscription-based services; help in licensing intellectual property; and monetizing their data in ways outside the traditional business.

3. Prepare for the coming digital transformation. That means manufacturing CEOs must be hunting for the best digital talent beginning today and thinking about how to structure their digital organization, as well as solving data-management and cybersecurity challenges, McKinsey said.

Industry 4.0 will be transformational indeed. But manufacturing chiefs can make sure their companies are helping dictate the transformation rather than becoming victimized by it.