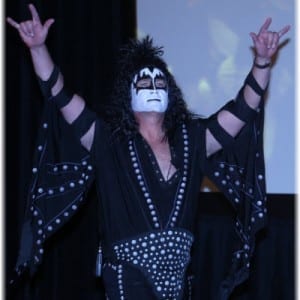 The event, which had more than 650 attendees, had a theme of "Culture That Rocks," and featured educational opportunities designed to take your company’s culture from elevator music to a platinum record. With  four general sessions, workshops, roundtable discussions, the Exhibitors’ Showcase and, for the first time this year, the Women in Material Handling Breakfast, this Convention left attendees with countless ideas to improve in 2015. As always, the networking component of Convention was just as important as the Educational opportunities. For the first time this year, MHEDA had its own Convention App available for download on any smart phone or tablet. The app included a schedule of events, speaker information and a QR code scanner for attendees to exchange contact information without having to fumble through their pockets for business cards. Other highlights included the Saturday Evening "Emerging Leaders Reception" for up and coming leaders in the industry as well as last year’s MHEDA President Scott Hennie being honored for his contributions to the association and being bestowed with the Past President’s green jacket. Overall, MHEDA’s 60th Annual Convention was invaluable to all who attended. Members who couldn’t make it out to Texas should keep their eyes peeled, as MHEDA TV will be uploading videos of many of the sessions. Be sure to attend the 2016 MHEDA Convention from April 30- May 4, 2016, at the Gaylord National Resort & Convention Center in National Harbor, Maryland.