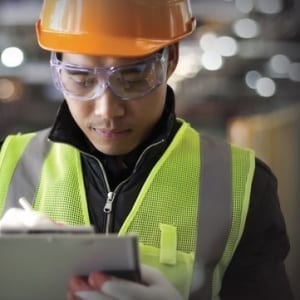 This article originally appeared in the  November/December print issue of IMPO. With 2014 dwindling to its last months, it’s time to think about what the future will hold. And for those working in manufacturing, the 2015 rules and regulations from the Occupational Safety & Health Administration (OSHA) are something to follow. For starters, 2015 will be the year of inspections. According to the OSHA budget justification, the organization plans to increase the number of health inspections occurring in the 2015 fiscal year as a result of increased identified health issues. That said, this is just the tip of the iceberg in regards to OSHA’s full 2015 agenda. Final Rule Stage On January 1, 2015 one of OSHA’s newest final rules will go into effect.  This new rule will require employers to notify OSHA when an employee is killed within eight hours of the incident, and to report any work-related hospitalization, amputation, or loss of an eye within 24 hours. In the past, OSHA only required an employer to report work-related deaths and hospitalizations of three or more employees. Single hospitalizations, amputations or loss of an eye did not need to be reported. Even those who are exempt from maintaining injury and illness records will be required to fulfill OSHA’s new severe injury and illness reporting requirements. In order to simplify the reporting process, OSHA is also developing a web portal where employers may report incidents, in addition to the standard phone reporting. Thomas E. Perez, U.S. Secretary of Labor endorsed these new requirements stating, “Workplace injuries and fatalities are absolutely preventable, and these new requirements will help OSHA focus its resources and hold employers accountable for preventing them.” In addition to altering reporting requirements, this rule will also update the list of industries that will be exempt from injury and […]